Whether you're a copywriter for a restaurant or you own a food business yourself and you're looking to promote your products and/or services through copywriting, you could learn a huge deal from checking out how the world's biggest brands promote their product through the written word.

In this article, we'll take a look at the most successful marketing campaigns of giant and local companies in the food industry to help you learn a thing or two so you can up your copywriting game. 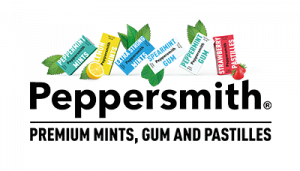 Peppersmith is not a giant company, at least compared to its competitors. So it seeks out an unfair competitive advantage. And the way it does that is by leveraging its relatively smaller size.

If you went over to Peppersmith's website, you'd find a comic strip telling the story of the company, how it all came to be, in a fun, relatable way.

The story talks about how the founders observed that although food and beverages were becoming healthier and natural, gums stayed sugary and artificial. They sought to change that, came up with a solution and turned it into a business.

It doesn't matter if you're in the food industry. If you're a copywriter, you can take away useful tips from how Peppersmith went about with their web copy. They made it fun and readable but that wasn't all.

They managed to talk about how they care about sustainability and health, their ethical backgrounds, without being a little too insistent or appearing like they only want you to believe that they care just so you'll buy their products.

Peppersmith's impressive copy came about as a result of their marketing team's creativity. You don't necessarily have to take the tips word for word as it may not apply to your sector, but you should keep them in mind, add your own spin to it and you'll write better copy. 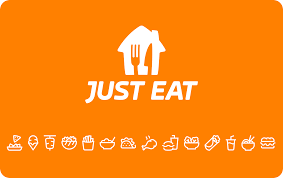 Just Eat is a food delivery service. It is the European equivalent of DoorDash and Uber Eats. Just Eat's strategy, when it comes to copy is simplicity. If you visit their website, you'll quickly notice its simplicity and minimalist layout.

Since the company is a food delivery service, it wants to get its value proposition across as fast as possible so you can make an order at the push of a button. Because of this, the minimalist approach makes sense. Their branding is uniform throughout platforms - a deep orange background with a white text font. 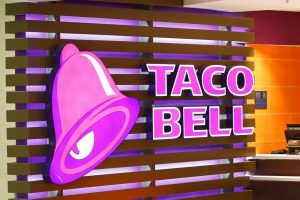 In an effort to make people aware of their new product offerings, Taco Bell has taken inspiration from popular TV shows and movies to promote its meals.

The restaurant chain created two commercials featuring characters from the Disney-produced show "Man vs. Food". In one commercial, a character is shown trying to eat a burrito with no success. She then has a conversation with her son about how men are supposed to be strong and can still enjoy food. Afterward, she tries eating a taco bell burrito and ends up enjoying it more than drinking wine.

Another advertisement features former footballer Frank Rijkaard, who talks about his experience as a chef before becoming a footballer. He explains that being able to use your stomach in both directions is helpful when playing soccer. 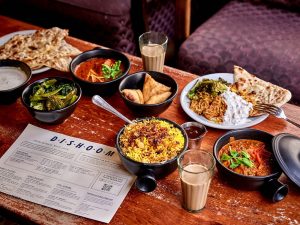 Dishoom is an Indian restaurant based in the UK. Their copy is mainly featured on their menu. Instead of just listing the food you can order on the menu, they describe the food you'll eat, the spices, the senses and the experience in dreamy words that will make you fall in love with their food before you even taste it.

For example, instead of just saying Chole Puri, a spicy deep-fried bread, their menu says "Chickpeas sing with high spice and surprise black tea with puffed puris and sweet halwa alongside. Much drama but absolute harmony". Dishoom's copy will have you drooling before you even take a bite.

The takeaway from this example is clear, if you're a restaurateur or you're in charge of drafting a menu, add a little spice and flair. You'll not only get more purchases, but you'll also create an experience for your customers, which will keep them coming back for more.

Kellogg’s “What is Nutritious” campaign 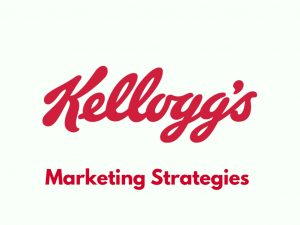 You might think that a health food brand like Kellogg’s would avoid messaging that could seem unhealthy. But in fact, their latest marketing effort shows that they get it. The company has launched an ad campaign to promote one of their breakfast products, Special K Breakfast Shake.

The theme of the ads is how certain foods can help make you feel good. For example, one ad focuses on the benefits of lemonade. It mentions that this simple drink contains lemons, which contain antioxidants , stimulates digestion, and works as a gentle laxative .

Another ad tells viewers about the benefits of yogurt. It explains that this staple diet item includes protein, probiotics, and minerals such as calcium, which are all the things that help keep your bones healthy.